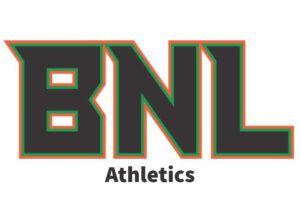 BNL Varsity Baseball vs Berne-Knox-Westerlo 5/14
After an amazing prom night, BNL came out to play in Berne on Saturday 5/14. BNL got the bases loaded in the 1st but we were not able to capitalize with any runs. Berne-Knox-Westerlo (BKW) came out in the bottom of the 1st, but was shut down by Tyler Shuhart on the mound. The bats kept going for BNL in the 2nd with Charlie Bingham and Dylan Saviano each getting an RBI and Ben Chaput and Wyatt Powers each getting 2 RBIs. The game was never in jeopardy after that. BKW did answer back with 2 runs in the bottom of the 2nd and 2 in the bottom of the 3rd, but BNL continued to keep the bats blazing as they piled on 3 more runs in each of the top of the 4th and 5th and 1 more in the top of the 6th. BKW did try to come back in the 6th but they could only scrape 2 runs across which led to BNL picking up the win 13-6. Konnor McMillan had a great relief appearance, striking out 5 of 10 batters.
This was the first win of the season for the team.
BNL Varsity Baseball vs Germantown 5/17
BNL got down 1-0 in the first and immediately answered back in the 2nd with a double from Forest Chaput, scoring Wyatt Powers. GT answered back and went up 2-1 in the 2nd. The game stayed there till the 6th inning where BNL had a few booming hits from Charlie Bingham and Danny Hunt. Charlie drove 2 runs in, Danny and Dylan Saviano scored on a passed ball, and Kevin Chittenden drove in Charlie with a single. BNL was then up 6-2 going into the bottom of the 6th. GT was only able to get one back after a dominating relief performance from Tyler Shuhart. Both BNL pitchers combined to only give up 3 runs, 2 from Charlie and 1 from Tyler. In the bottom of the 7th Tyler allowed the bases to get loaded but struck out 2 batters in a row to shut down the Germantown offense.
BNL ended its season on a 2 game winning streak!
MENU