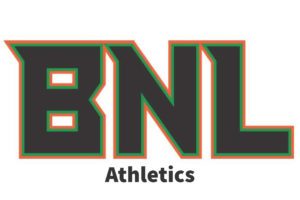 BNL Cross Country and Modified Girls Volleyball Coach Recaps 9/19
BNL Cross Country Photos: Nicole Radliff
BNL Modified Girls Volleyball Submitted by: Coach Pastizzo
BNL Varsity Cross Country Coach Recap 9/17
Berlin New Lebanon went out to Queensbury to participate in their invitational and get their first view of the new sectional course.
For the BNL Girls Cross Country, Allura Meizinger led the pack and finished 4th overall in the race with a time of 20:47. Close behind her was Elsie Corbett in 8th with a time of 21:32. Vivian Whelan rounded out the group with 45th place and a time of 24:59. Good race girls!
The BNL Boys Cross Country, ran well and continues to make strides forward! Starting off with Gabe Kalisz who got 8th and an overall time of 17:55, his first 5k of the season under 18 minutes! Coming in 46th and a time of 20:33 was Raymond Ericson, followed by Lance Schroder in 55th and a time of 20:52, Aidan Van Dyk in 70th and total time of 21:53, Dan Hendricks in 82nd and a time of 22:35, and rounding out the group and pushing through the pain was Eben Donohue in 100th with a time of 24:05. All the boys ran their hearts out and finished in the middle of the pack as a team with 8th place.
Both teams now prepare to head out to Stillwater on Tuesday for their first league meet of the year. Good luck to all of you! – Coach Viner
BNL Modified Cross Country Coach Recap 9/17
The BNL Boys Modified, who competed in their first race, 1.2 miles total, of the season as well! Richard Bachner led the way with a strong 37th place and time of 7:45, followed closely by Blake Arena in 41st and a time of 7:50, and Finn Buckenroth in 181st with a time of 9:47.
Good run boys! – Coach Viner
BNL Girls Modified Volleyball vs Saratoga Catholic Central
The BNL Girls Modified Volleyball team won their second game of the season against Saratoga Catholic Central on Friday. Scores were 21-25, 25-17 and 25-23. The girls fought hard to come out on top! Go BNL! -Coach Pastizzo
MENU